The Vaqf Foundation has provided financial support for the construction of 6 mosques.

It should be noted that the number of worshipers in the country has increased recently, and the need for mosques is growing day by day. This has led to the need for reconstruction and renovation of many mosques.

One of the main tasks of the Vaqf Foundation is to build, repair, reconstruct, improve the buildings of mosques and religious educational institutions in the country and strengthen their material and technical base. To date, the Foundation has provided financial assistance for the construction and repair of more than a hundred mosques.
In order to continue this good work, the Foundation has allocated a total of 60,000,000 soums from "Mosques" account for construction and repair of the following mosques by 10,000,000 soums each: Sa`d ibn Waqqas mosque in Nurafshan city of Tashkent region, Niyozmat ota mosque in Yangihayot district of Tashkent city, Fayzabad mosque in Bukhara city of Bukhara region, Kiykim mosque in Koshrabad district of Samarkand region, Eshan Fayzullakhan mosque in Kizirik district of Surkhandarya region, Saidjalalkhoja mosque in Pop district of Namangan region.

It will be recalled that the building of the Yusuf Mosque in Sardoba district of Syrdarya region, which was destroyed by floods, has been rebuilt by the Foundation and will be handed over to worshipers in the coming days.

The press service of the Foundation "Vaqf" 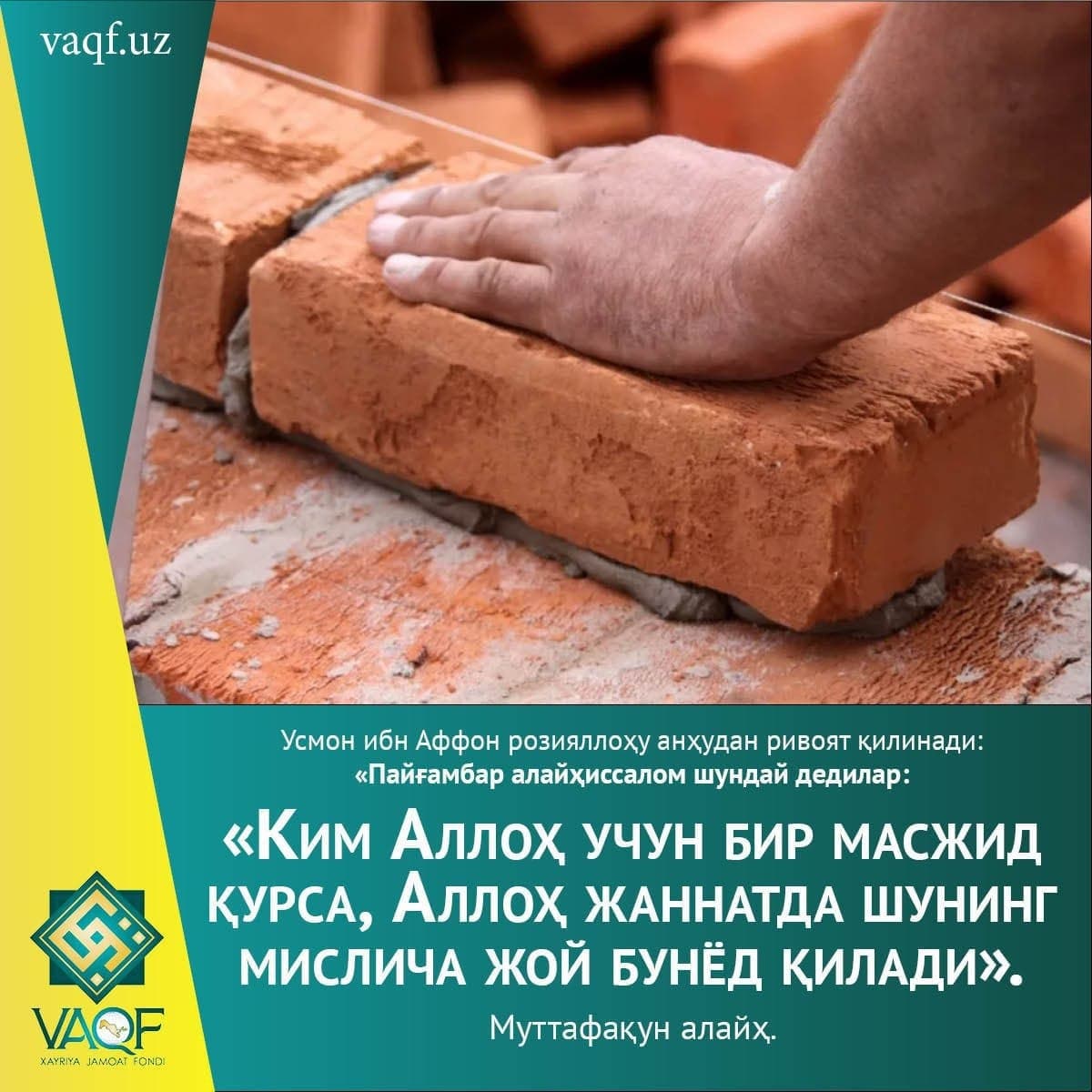 13 October, 2021 Year | 34
News about the activities of the foundation
Local and foreign news
Events
Advertising
Report